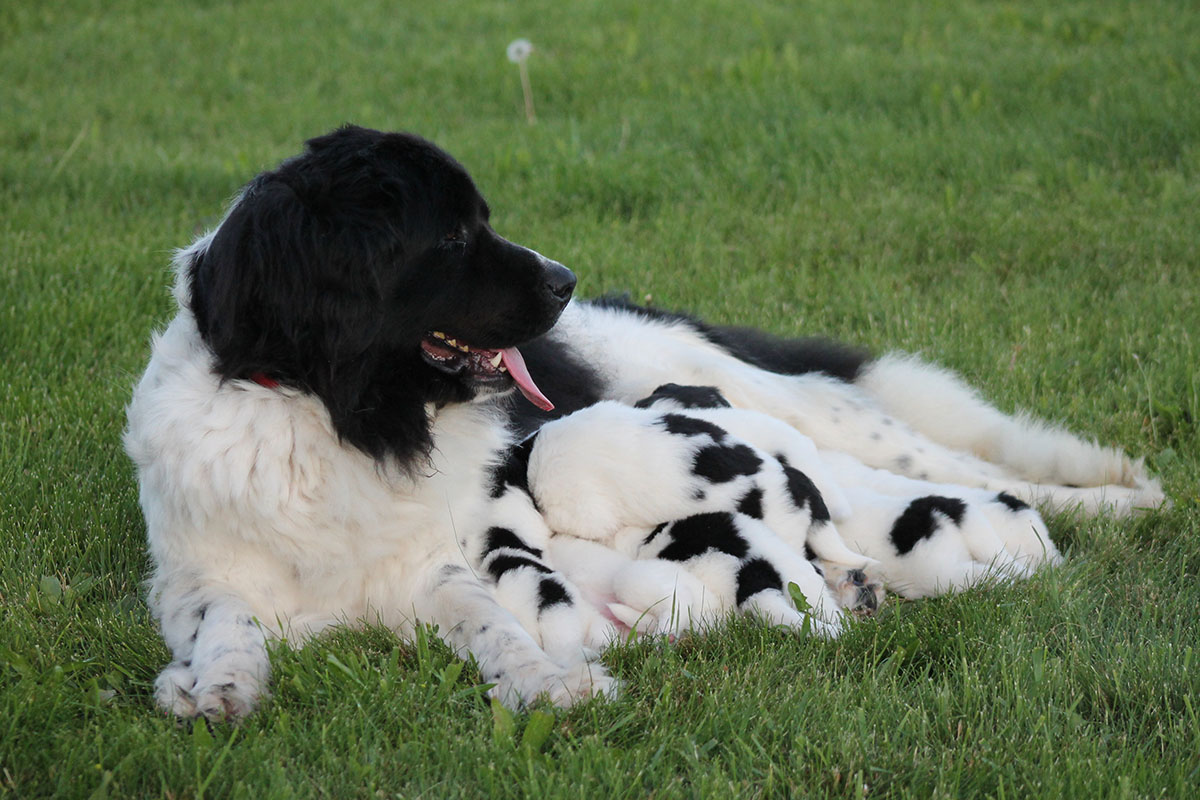 The first thing you should know about the Newfie-Pyr is that the name is a shortened version of two “large” names for two large dog breeds: Newfoundland and Great Pyrenees. They are both classified as working breeds and share many characteristics in common.

For all of their physical similarities, the two breeds have quite different temperaments. 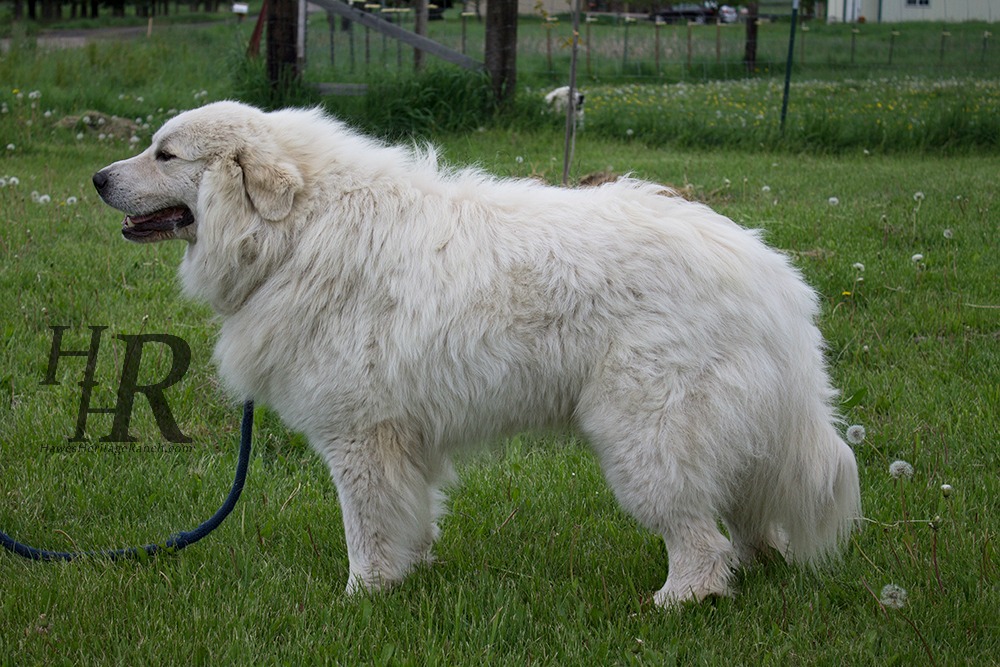 The Great Pyrenees  — named for the Pyrenees Mountains where they were originally bred– was raised to guard sheep and other livestock. It is still used widely for this purpose, and has also adapted well to domestic life as a family pet in North America and other regions across the world… far from their original home in the mountainous region between France and Spain. Though immensely physically capable in its protective role, the primary method it uses for protection is its bark. (Click here to read how the Great Pyrenees Club of America describes the Great Pyrenees.)

Another of its instinctive characteristics is what might be labelled “independence”. This sets them apart from most other breeds of dogs. What this sometimes means is they might not always come when called and are not always quick to obey commands. Of course, every animal is different and with training and patience, some of this instinctive behavior can be modified.

Considering that it was originally bred to live separate from humans for weeks at a time — staying with their flocks — it makes sense that they tend to think for themselves and sometimes show you that they know best. That said, they are loyal pets and crave affection from their people, as you would expect from any dog. 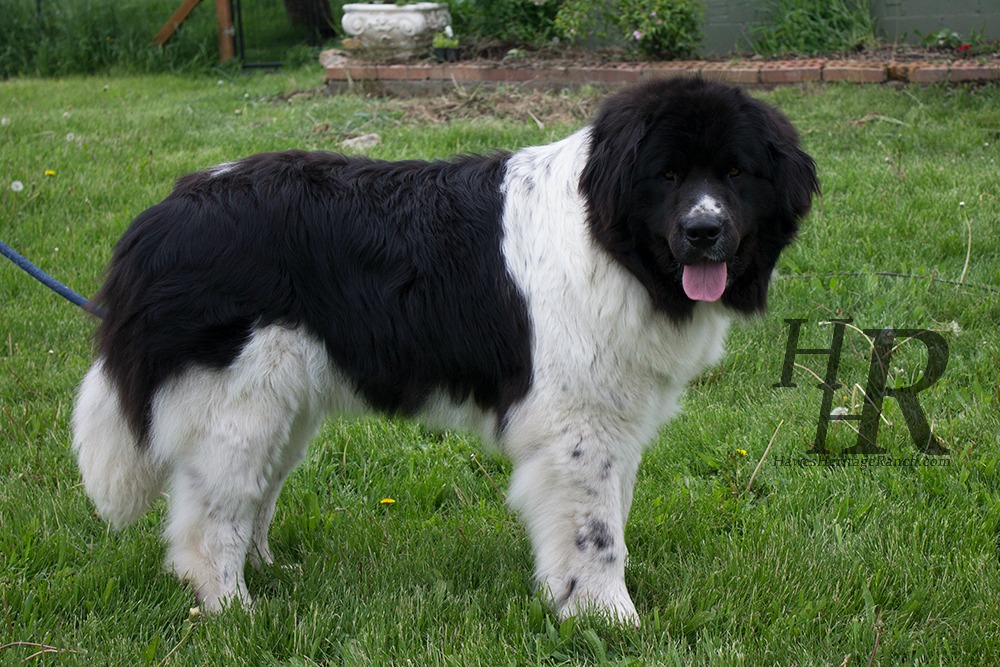 The Newfoundland was bred to be fisherman’s helper and for water rescue. For such a large breed, it is surprisingly adept at swimming due to its webbed feet and a coat that is water resistant. If you were a lone fisherman making daily treks on a small boat, wouldn’t you want to have help if you fell into icy waters? Apparently many fishermen on the Canadian island for which the dog is named did as well, and the breed became popular in the region as far back as the early 1600s. (Click here to read how the Newfoundland Club of America describes the Newfoundland.)

Newfies have become known for their intelligence and agility. These are essential features in a dog praised for its abilities for water rescue, and the Newfoundland has proven itself in this arena again and again over hundreds of years. These characteristics are also an asset for those families fortunate enough to have a pet Newfie, including the “Darling” family in the story “Peter Pan” (remember “Nana”?).

My desire in bringing these 2 breeds together, is to have a dog that carries the Great Pyrenees’ protecting instinct and combine it with a desire to stay closer to home.

Some of our Puppies: